Hacktoberfest is a month long event (in October as hinted by the name) organised by DigitalOcean and Github to encourage people to contribute to open source. Basically they ask to create at least 4 pull requests to public repositories within this one month to earn yourself a free t-shirt and do good for the community.

The 2017 edition has been the third Hacktoberfest that I participated in. In addition to the official rules I added some personal goals before the event started:

The plan for the first PR was to contribute in a language that I’m already very familiar with: Ruby. Via Github’s explore site I looked for projects which would be interesting to contribute to: They should have at least 100 stars, actively maintained and needed to have a fair amount of open issues. Because the project should be new to me I couldn’t just add a feature to an unknown project.

After some search I decided to try to contribute to the changelog generator. It seemed like a neat project and had an open issue which seemed important to a bunch of people to be fixed: skywinder/github-changelog-generator#555.

It took me a while to become familiar enough with the codebase to figure out what was going on but eventually I was able to come up with a patch which was accepted shortly after: skywinder/github-changelog-generator#566. 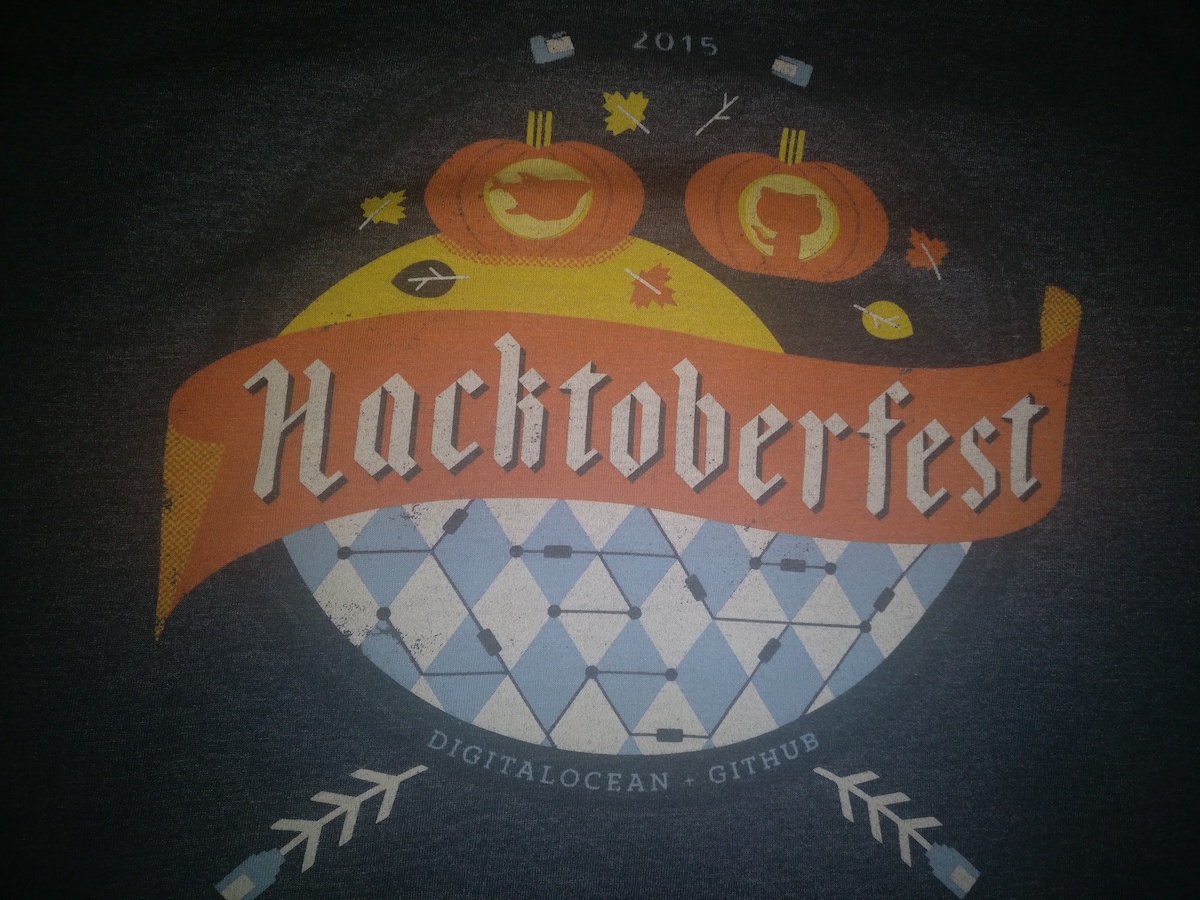 Now it was time to create a PR in a language that I haven’t used so far. I chose Go because I’ve been interested in that for some time.

Given I had very, very limited knowledge of Go I knew that I first had to learn some basic skills before being able to contribute some code to an established project. Googling for tutorials I ended up using the tour of Go on the official go website. It took me 2 or 3 evenings to work through it but at the end I felt confident enough to look for an issue on a go project that I could tackle.

Taking the same approach of finding a repo to contribute to as in my first PR I ended up with toxiproxy, which is a project from Shopify that helps in testing the reliability of distributed systems by disabling dependencies.

The issue I tried to tackle was about giving the CLI a better error message if an invalid URL was provided: Shopify/toxiproxy#174.

Jake, one of the maintainers of toxiproxy, provided some really good feedback to a Go noob like me and at the end also this pull request got merged and I was 2 for 2! 💪 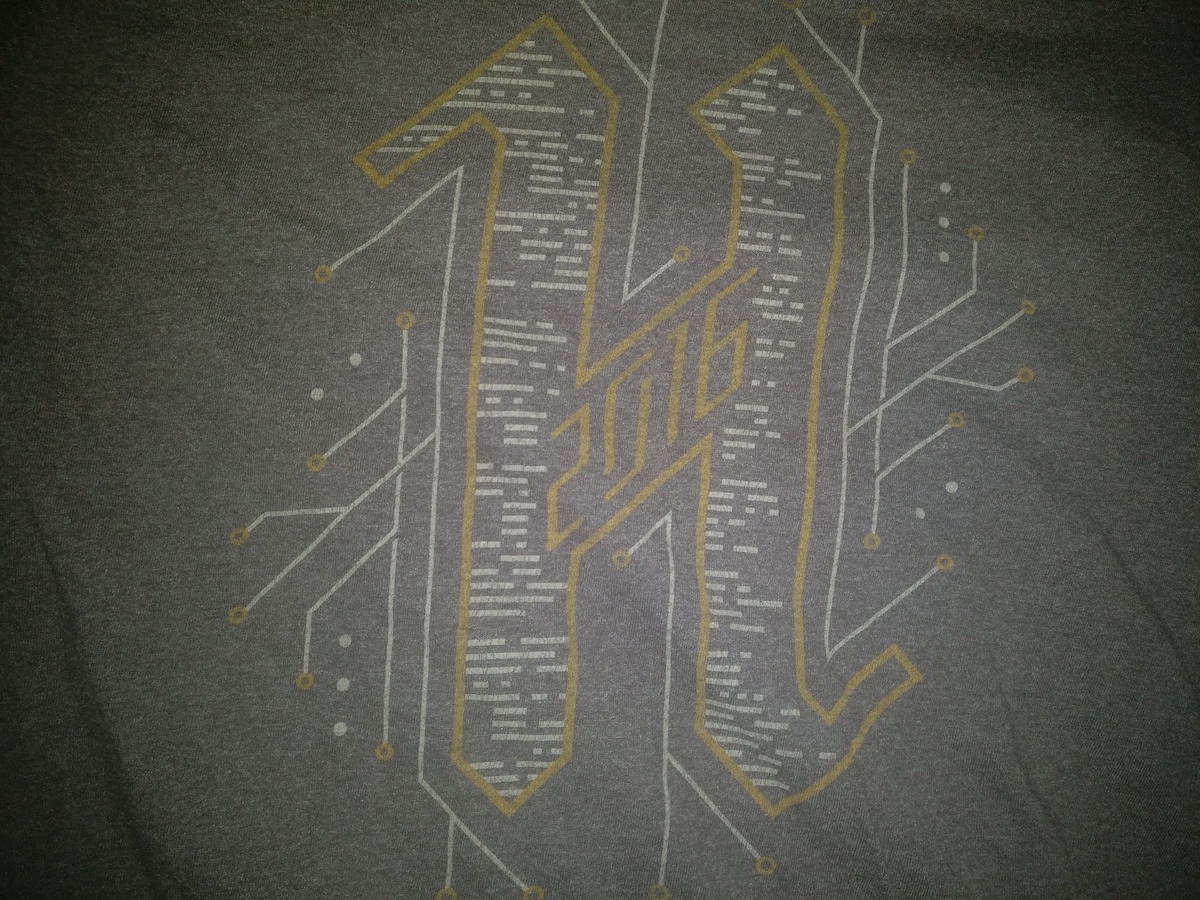 Having already submitted PRs in Ruby and Go it was time to use a third language. After my endeavour into Go I wanted to use a language again that I felt somewhat comfortable.

I chose JavaScript, because I knew it already but was nowhere near as confident in it as in Ruby, especially in regards to it’s newish features like ES6 and the entire npm ecosystem.

This time I didn’t look for projects via the Github explore site, instead I tried to contribute to a project that I saw a couple of times on my twitter feed: probot. It’s an automation tool that helps maintainers on Github with certain tasks like asking issue reporters for more information on their reports.

I looked through the recently update repositories on the probot organisation and I found a suitable open issue in the stale repository: probot/stale#52.

This project didn’t have tests yet but I felt unsure about my JavaScript skills from the good old jQuery days so I looked for other probot plugins within the same organisation that included tests and tried to replicate their tests.

This process taught me about modern JavaScript and tools like jest which I never heard of before but now used for testing my JS code. I was able to create a pull request and the maintainer was really happy with it so I quickly got my third contribution for the Hacktoberfest goal merged! 🙌

For the fourth pull request I wanted to contribute in an unknown language again. While I was still debating whether I should go with Rust or Elixir I realised that I had almost reached the end of Hacktoberfest and because I was also expecting guests for a couple of days I realised that I wouldn’t be able to learn enough in a new language before the end of the month to be able to contribute. I came to the conclusion that I should focus on a PR in familiar territory (aka “Ruby”) instead.

With that in my mind I saw in one of our Deliveroo slack channels that someone had reported an issue on our rails bootstrap project roo_on_rails.

It’s open-source so it was the perfect opportunity to help my coworkers while also achieving my Hacktoberfest goal: win-win! 🎉 It took me only some investigating into the ActiveSupport::Logger class from Rails and then I could submit my final pull request: deliveroo/roo_on_rails#77.

A few weeks ago I received the new shirt for achieving this goal which is always a really nice reward! 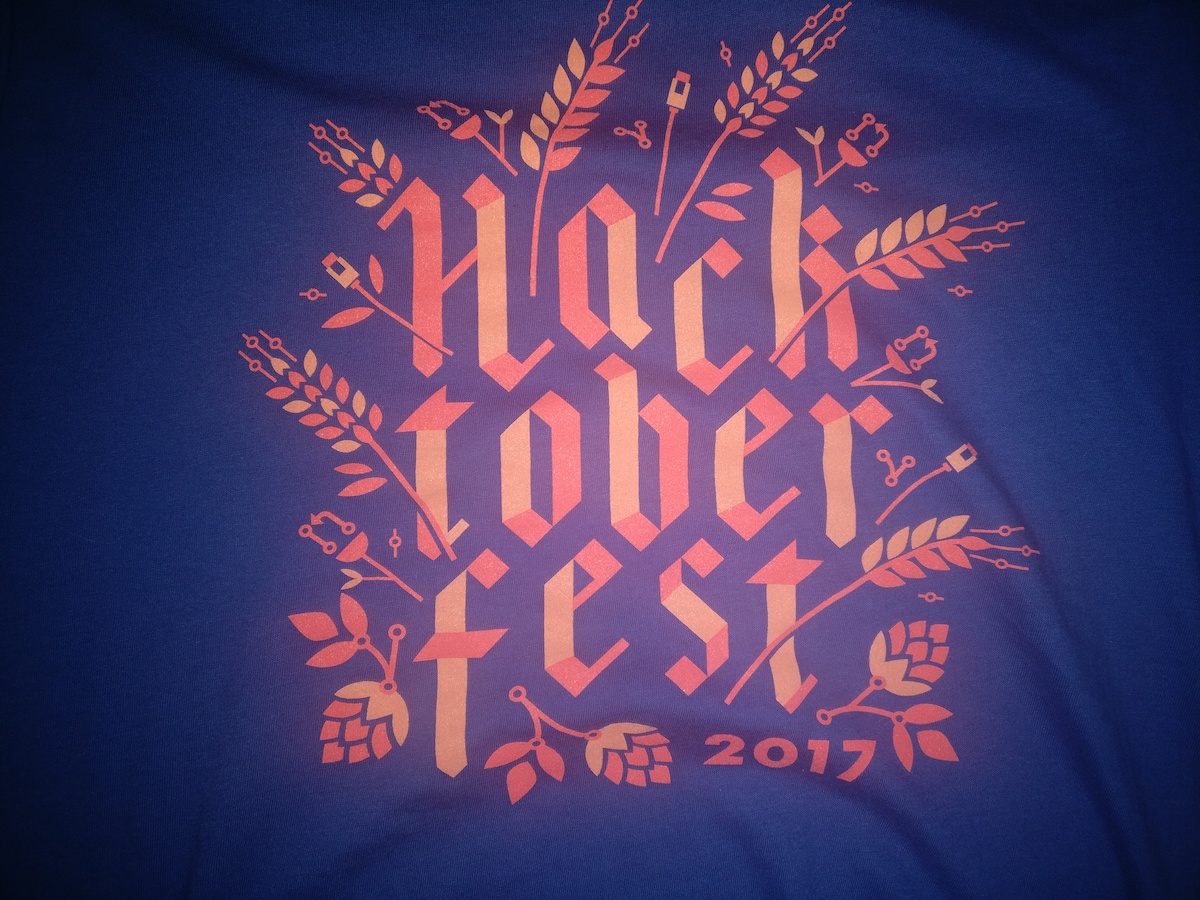 💖 to Github, DigitalOcean and all projects I contributed to this year! I am already looking forward to the Hacktoberfest 2018 edition!