17.Dec 2018: Champions league draw for the round of 16 and my favourite team, Borussia Dortmund, is in the pot of the group winners. As I’m living in London at the moment I rarely see them live so I’m hoping for an english team to be drawn as our opponent. And it works out: Dortmund will face Tottenham and the first leg will be played in their temporary home, Wembley Stadium.

16.Jan 2019: Borussia Dortmund starts their pre-sale for away tickets at Tottenham. UEFA rules dictate that the visitors are allocated 5% of the total capacity which is about 4,500 tickets at Wembley stadium. Not all of those tickets get into the pre-sale though. Borussia Dortmund allocates a non-specified number of tickets to away season ticket holders, fanclubs, sponsors and VIPs.

The pre-sale of tickets always works in the same way: At exactly 8.30am german time on the specified day you have to call the ticket hotline, talk to an IVR, enter your credentials like membership number and hopefully purchase tickets to the game.

Because of Dortmund’s massive fan base (we’ve got the largest average home attendance in all of Europe for a few years now) you have to be on the line right on time. And by right on time I mean that if you’re a single second too late the hotline is overloaded and you miss out on tickets.

The pre-sale started at 7.30am and as always I tried to time my call to be exactly on the line at 07:30:00am. It didn’t work. I called the hotline 101 times that morning only to hear that the game has been sold out.

Buying overprized tickets on stubhub or ebay was not an option for me. As was buying a ticket from Tottenham outside of the away sector. I already did this for our away game at Atletico Madrid, a few months earlier. While it was great to be in the stadium at all, it was hard to see my friends in the away sector and not being able to support the team with them.

Then I remembered that sometimes a few tickets suddenly become available on the hotline again. The reason is not entirely clear to me but I imagine some supporters don’t have enough money on their bank account or fanclubs need less tickets than previously allocated. Whatever the reason is, when tickets do become available again it’s not announced anywhere. You just have to keep calling and hope that you catch the right moment.

I knew that I wouldn’t be able to call multiple times per day while being at work but I can code so I was wondering if I could automate this.

From a project at my current job I knew a bit about Twilio and I was wondering if I would be able to replicate the call procedure.

The sequence of steps when calling the hotline is always the same. (Translated and shortened for the sake of this blog post, the actual announcements are in german and add a bit more information):

IVR: Welcome to the Borussia Dortmund ticket hotline. Do you know this service already?

IVR: Do you have a membership at Borussia Dortmund?

IVR: Please start by entering 0 on your keyboard

IVR: Thanks. I can offer you tickets for the following games. When I said the game of your choice please say “STOP” loud and clearly.

From this procedure it was clear to me what I needed to be able to automate:

I wanted to create the project in Go but as Twilio doesn’t have an SDK for Go I needed to send HTTP requests to Twilio’s API endpoints instead. Twilio created a set of instructions called TwiML which allows you to specify commands which should be executed on certain events like making a phone call or receiving an SMS.

A phone call is very easy to initiate, just use the TwiML verb <Call> with a previously bought number. As the number of the hotline is a restricted number I needed to make sure that I allow calls to the hotline in my Twilio settings.

Once that was done it was important to figure out when to send the specific commands. The way to find this out was to just call the ticket hotline and write done the times on when to say what.

After this I could use TWIML’s <Pause> verb to simulate a wait time between executing my actual commands.

As described in the transcript above a caller has to say things and also enter credentials on the keyboard. For these tasks I used the TwiML’s verb <Say>,which fortunately also allows to specify non-english language, and the TwiML verb <Play> to transmit digits.

Once I finally arrived at the game announcement stage I needed to start recording what was being said so I used TwiML’s <Record> for that. It is important to follow legal requirements when doing this but luckily I was just recording a bot :)

Given all that the final TwiML looks something like that:

At the specified callback route I received the URL to my recording. I needed to do some research to find a service that could transcribe a recording in german. While Twilio offers transcribing of recordings themselves it’s only available in english. My next idea was AWS but at the time of my project their service Amazon Transcribe also didn’t support German. So I went to Google Cloud’s offering and luckily their Google speech service offered transcription support for German.

There are multiple ways to submit a recording to Google but the easiest way seemed to be to download it from Twilio and submit it as base64 - encoded string to Twilio’s API. An episode of the Go youtube channel Justforfunc really helped me to figure out the correct encoding options so Google could understand the bytes correctly.

When the string Tottenham is included in the transcript I send myself a text to let me know to call and buy them. Also whenever no games at all were included in my transcript I send myself a text to update the length of the pauses as the text of the IVR had changed then and disrupted the execution of my commands. This was a bit annoying but luckily only happened a couple of times.

As I was already using Google’s Voice API I decided to also host the code on Google Cloud. This was also a good learning exercise as I previously only used AWS. I used Google App engine and it worked quite well.

One of the important things I had to set up was a cron schedule that issues a call regularly.

As I quickly learned the hotline is closed at night so I didn’t have to run my code then.

1.Feb 2019: My bot was running fine for about 10 days now and finally it happened around 1pm, I got an SMS confirming that tickets were available again!

I couldn’t really believe it until I called myself but tickets were actually available and I bought two of them in the Dortmund sector! Needless to say that I was very happy that day :) To make all those calls and then transcribe them cost me around £30 in addition to the tickets for the game but it was all so worth it. 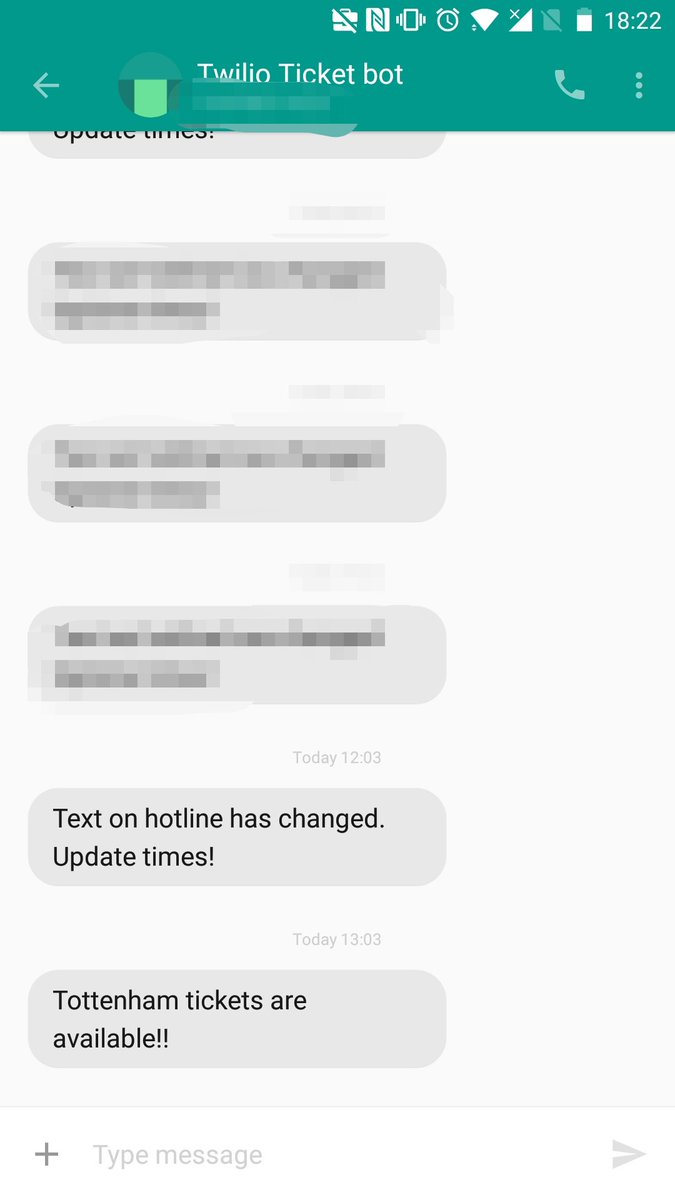 Quickly I informed two of my friends who were also still looking for tickets. While one of them got my message quickly and was also able to buy tickets, the other one only called a half hour later when tickets were already sold out again. 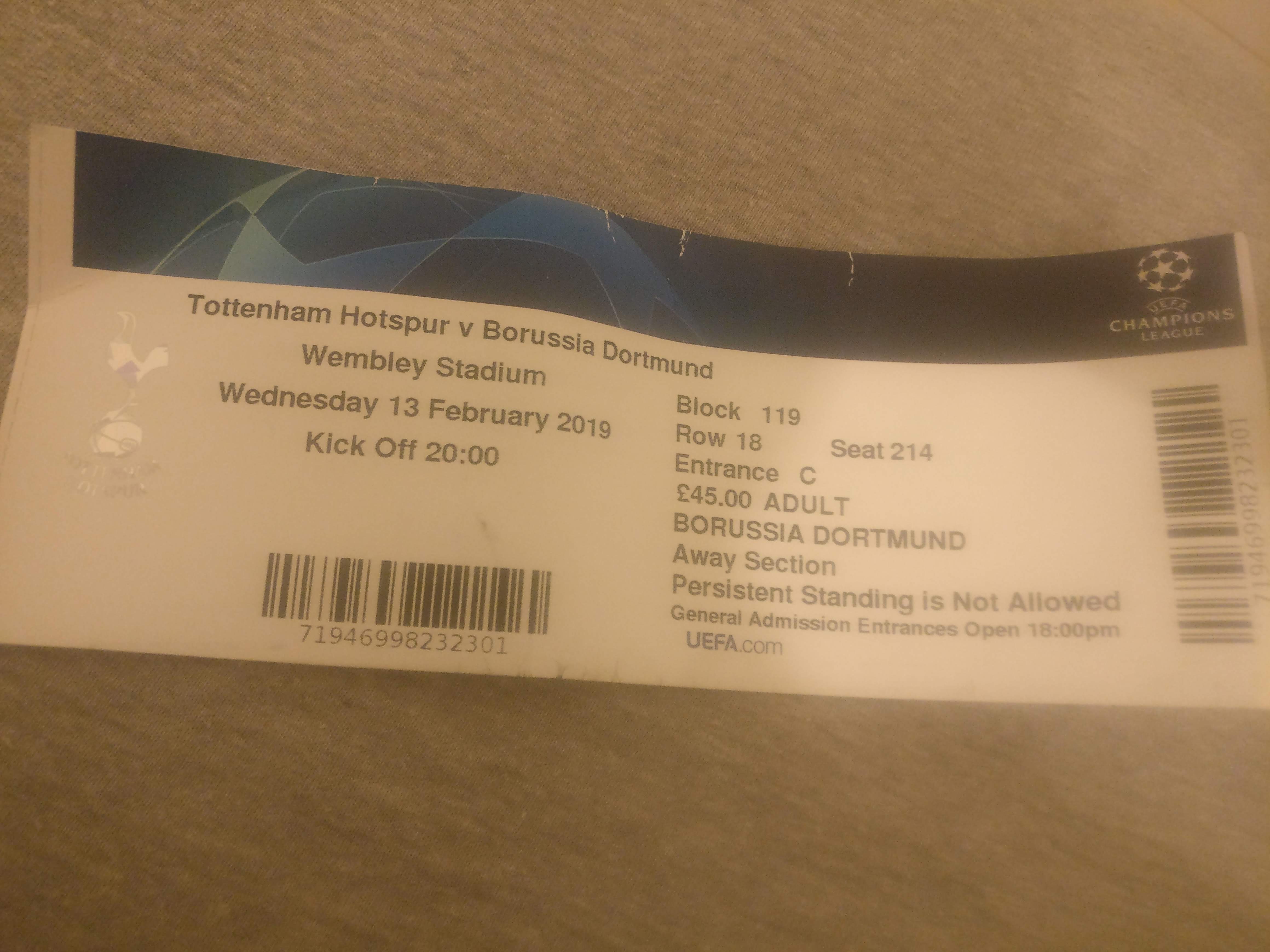 13.Feb 2019: Finally the day has come, Dortmund is in town! Of course I took the day off and after some pre-game drinks and a march through Wembley we finally entered the away sector.

After a good performance in the first half Dortmund ended up losing 3:0 (and three weeks later would be kicked out of the Champions League after also losing the second leg at home) but it was still a fun night as I can’t see my team live that much anymore. 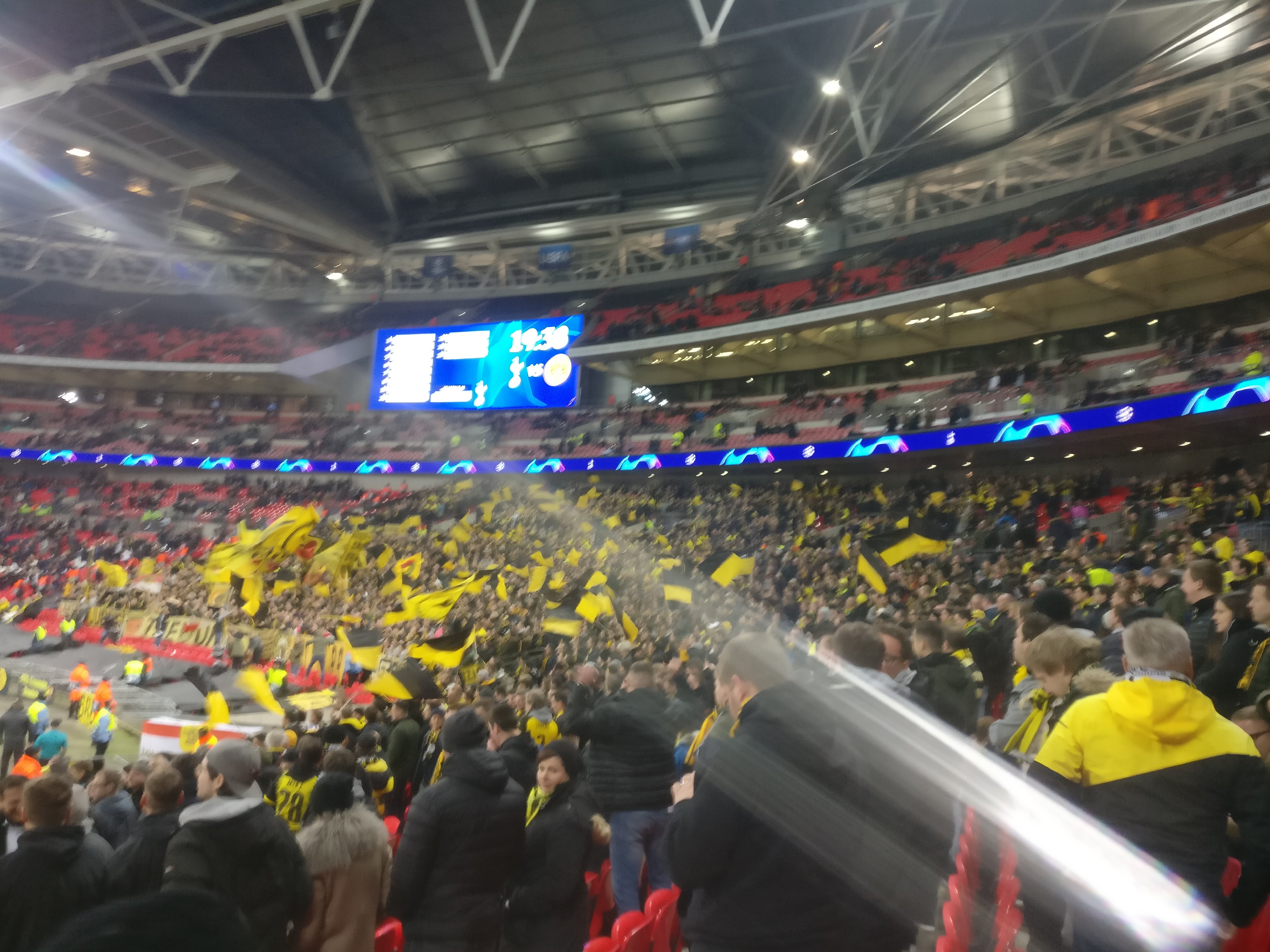 As of this moment Dortmund is still fighting for the german championship being second in place with just one point behind league leaders Bayern Munich and again I couldn’t get tickets for the last two away games of the season so I reactivated my bot and hope that I’ll be successful this time as well!